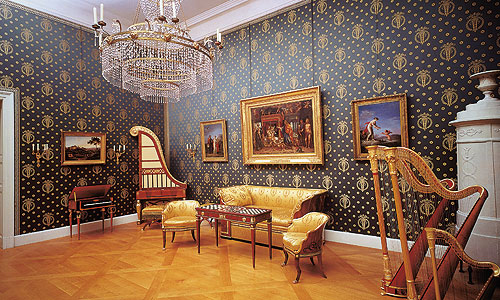 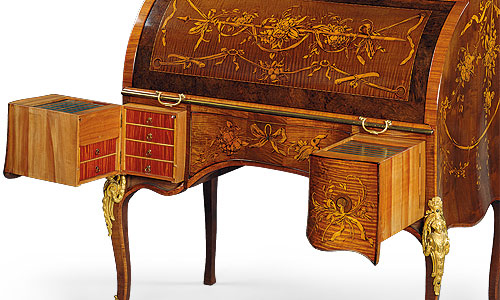 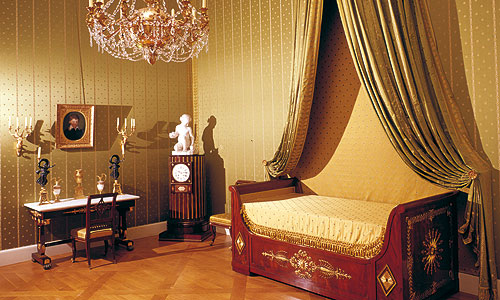 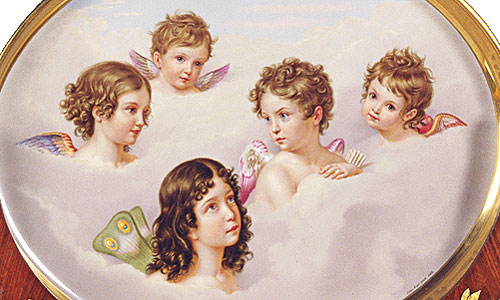 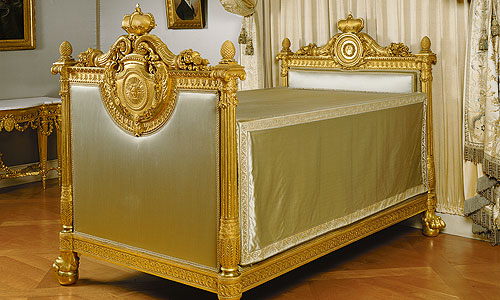 Maximilian I had an older corridor that connected the newer sections of the Residence with the Neuveste transformed into apartments for visiting rulers and other guests. Two hundred years later, in 1814, Princess Charlotte Auguste, the daughter of King Max I Joseph of Bavaria, remodelled the rooms for her own use, hence the older name of Charlotte Rooms.

The east section of this suite was named the Court Garden Rooms (Rooms 33-38), in 1966 when the rooms were decorated with works of art from the second half of the 18th century originating from the so-called Court Garden Building. This wing overlooked the court garden on the north side of the Residence and was destroyed in the Second World War.

The three Charlotte Rooms in the west section of the suite contain furnishings that belonged to the first king of Bavaria, Max 1 Joseph and his family, and give an impression of the lifestyle at court in the early 19th century.