The castle built in 1385 in the north-eastern corner of the city as it was then, the so-called Neuveste, formed the original core of the present Residence. From here the rulers extended their palace to create a large complex grouped around several courtyards.

Building phase under Maximilian I

Golden Hall building and apartment of the electress (Papal Rooms) on the present Residenzstraße, 1666-1667

From 1789 the English Garden is laid out as a public garden by Friedrich Ludwig von Sckell.

Building phase under Max Joseph I
and Ludwig I

Building of a conservatory on the roof of the Old Residence Theatre by Franz Jakob Kreuter and August von Voit, 1854

Building of the Old Treasury by Julius Hofmann (now the ticket centre), 1897

Free State of Bavaria:
The Residence Museum – Destruction and reconstruction 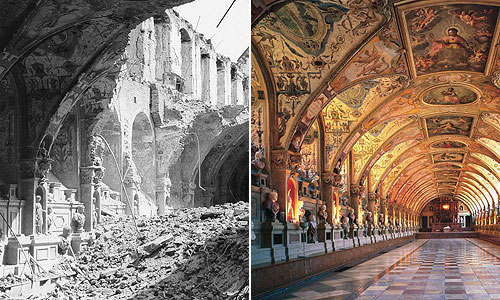 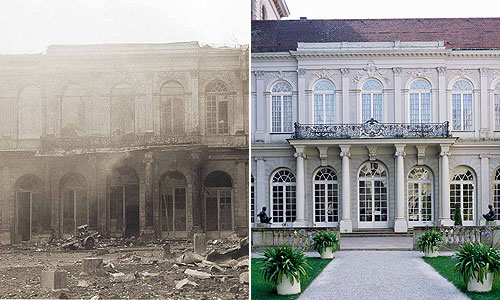 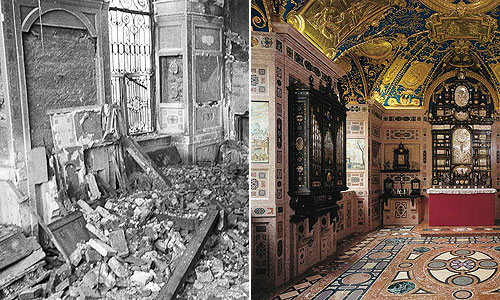 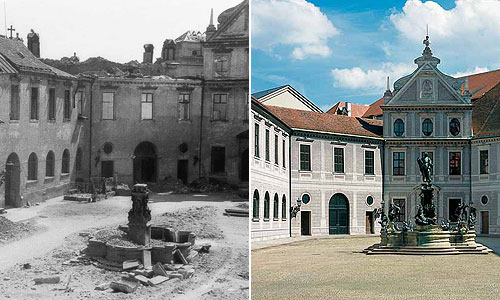 After the monarchy came to an end in 1918, the Residence lost its function as a seat of government and was turned into a museum of interior design, which opened its doors in 1920. The Second World War had catastrophic consequences for the Residence: in March and April 1944 much of the upper storey and numerous vaulted ground-floor rooms were gutted. Most of the moveable inventory had however been taken out beforehand and stored in a safe place. A Residence building office was set up as early as May 1945 to prepare for the subsequent reconstruction of this building complex in view of its great historical and cultural value. The reconstruction took several decades. This was the responsibility of the Residence construction management, which was answerable to the Bavarian Administration of Palaces, Gardens and Lakes, and worked closely with the Administration’s art historians and the newly founded restoration workshops.