Only the gallery of the Court Chapel is accessible. 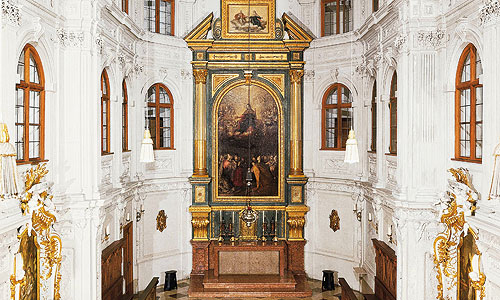 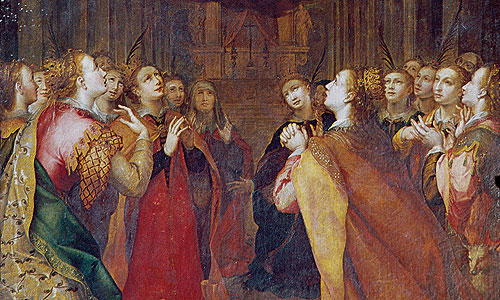 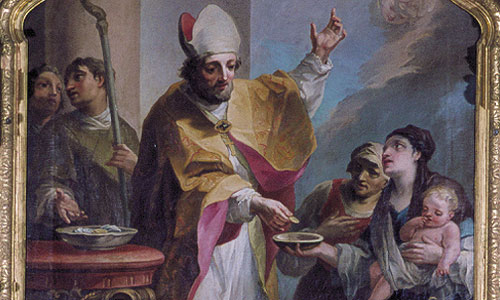 At the beginning of the 17th century, Maximilian I had a new two-storey Court Chapel built to replace the older devotional rooms in the Neuveste. The semicircular choir was only added in 1630.

While the members of court worshipped on the ground floor of the chapel below, the ruling family followed the daily mass from the galleries, which they could reach easily from their apartments.

The Court Chapel is dedicated to the Virgin of the Immaculate Conception. This was probably Maximilian’s particular choice, because he had already adopted the Virgin Mary as the patron saint of the Wittelsbach dynasty and of Bavaria. The large central painting of the high altar by Hans Werl (1600) shows the Virgin enthroned in glory beneath the Trinity.

In the mid-18th century two important masters of South German Rococo, Johann Baptist and Franz Zimmermann, created the two side altars next to the choir.