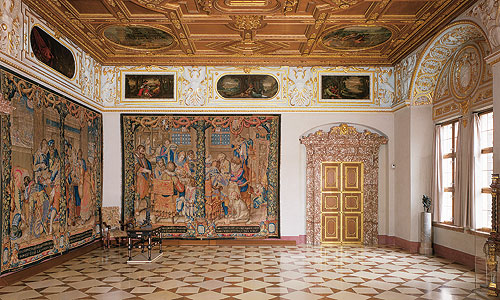 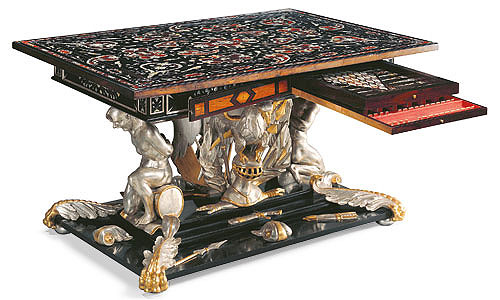 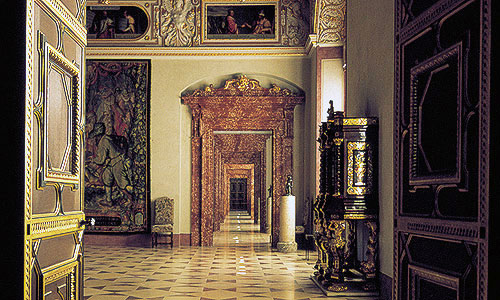 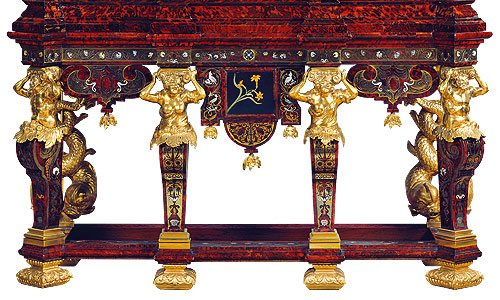 The Treves Rooms in the east Imperial Courtyard wing, which were built in 1612-1616 under Maximilian I, are today named after Klemens Wenzeslaus of Saxony, Elector and Archbishop of Trier, who stayed here frequently in the 18th century. In the 17th century. this extensive suite was one of the most important in the Residence: when the emperor visited, his immediate family and high-ranking members of their court were accommodated here.

If no guests were staying in the Residence, the rooms were used as council chambers. This function is also reflected in the sophisticated picture programme on the ceilings. The paintings here were created by the Dutch court painter Pieter de Witte, better known as Peter Candid, and his workshop.

The rooms underwent many changes in the 18th and 19th centuries, and suffered considerable damage in the Second World War. After 1945 the interior was recreated with slight alterations as it was in around 1615 and the paintings, which had been saved, were inserted into the reconstructed ceilings. Today precious tapestries and ornate furniture from the 17th century are displayed here.