The Treasury contains over 1,250 works of art. They include such unique items as the insignia of the Kings and Queens of Bavaria, their jewels and orders, masterpieces of the goldsmith's art and objects made from rock crystal, precious stones and ivory.

The following gallery conveys an idea of the scope and quality of the works on display. Click on an image to see a larger version. 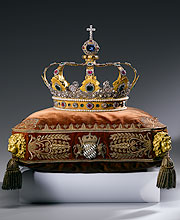 Crown of the kings
of Bavaria 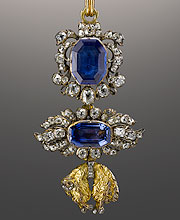 Toison of the Golden Fleece 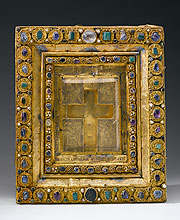 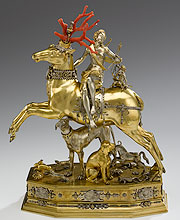 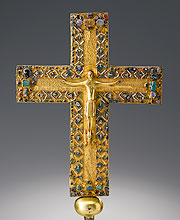 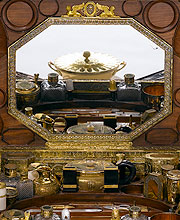 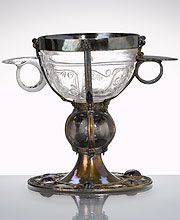 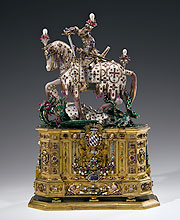 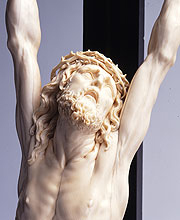 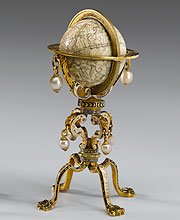 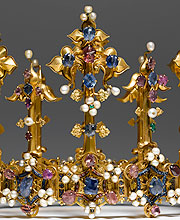 Crown of an English Queen 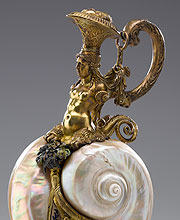 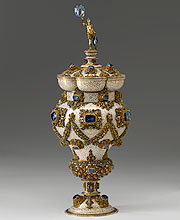 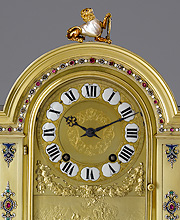 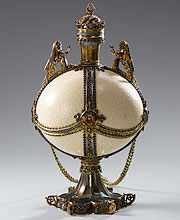 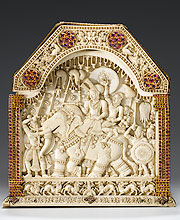