Drinking game "Diana on a stag" 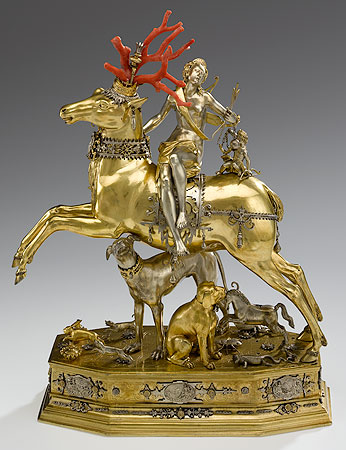 Known as "drinking games", such centrepieces were generally filled with wine, set in motion and emptied by the diner in front of whom they stopped. No trace of the customary wheels and clockwork are found in the present example.

"Diana on a Stag" was a very popular motif for such objects and seems to have been a speciality of Augsburg goldsmiths. Some thirty examples survive, all made by three Augsburg masters. Matthäus Walbaum probably created one of the earliest.