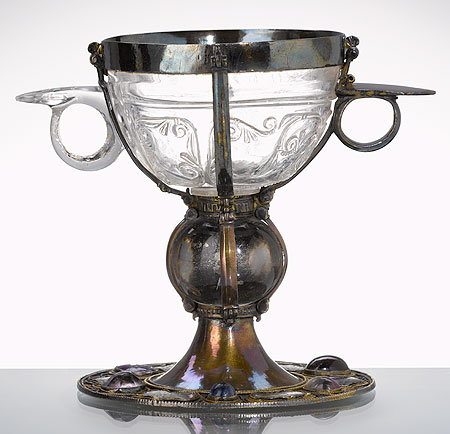 The two-handled cup passed to the Residence from the Alte Kapelle in Regensburg around 1811, following the secularisation of Church property in Bavaria. Tradition holds that it was a consecration gift to the Alte Kapelle from Henry II, the last Holy Roman Emperor from the Ottonian dynasty, who died in 1024 and was later canonised. According to legend, one of the cup's handles fell off when the emperor died, but the rock crystal vessel of Islamic origin probably had only one handle and was transformed it into a two-handled cup by the later, silver-gilt mount.